Can You Take a Drone on a Plane? 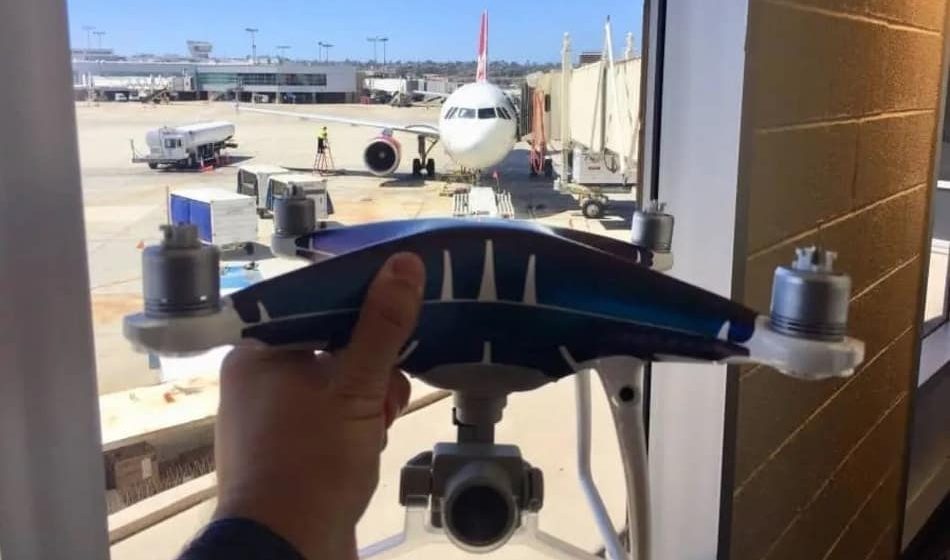 People think that traveling with a drone is hard, but it isn’t. But when holiday time comes, the most frequent ask questions that people ask is: “Can You Take a Drone On a Plane?” Are drones even allowed on planes? Here you will learn what exactly is allowed and what are the rules for carrying drones on a plane. I will walk you through how you can legally take your drone on a plane and explain how to travel on a commercial airline with a drone.

Can You Take a Drone on a Plane? Yes, you can take a drone on a plane. Drones are not banned by TSA, and they are allowed through the checkpoint, but how each airline have their own rules you must check their rules and policies first. Most of the airlines allow drones with batteries that are rated up to 160 Wh.

The first thing that you need to do before you even start considering bringing the drone along on your holiday is to check the country of destination by the local laws and rules that are in that country. Are you even allowed to bring the drone? There are really some horrible stories on the internet about people getting that drone seized in the airport and having all sorts of problems getting it back if a flight domestically in the US. The list from airport website that you are flying from is a pretty good guideline for what the security in the airport will use. I recommend that you print out this list in case of any discussion. The airline that you decided to fly with might have there stricter rules, so check their policy and print those out and bring them along as well.

What Are the Rules? 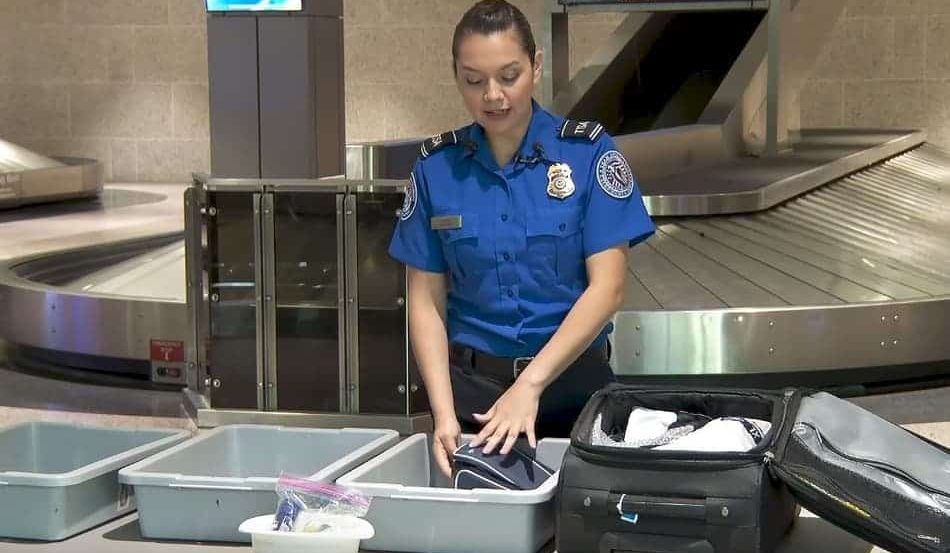 Bringing a drone on a plane is all about risk what can go wrong and jeopardize the safety of the flight. It is very demanding and not much fun to read the instructions of some laws if you are not a lawyer. After spending some time reading the rules by the FAA and TSA (Transportation Security Administration), I came to the conclusion of what is the most important in all these rules about bringing drone on a plane. Also the publish date for this is from May 2019, and is based on current laws. Things that could change around this are true to battery allowances.

Batteries that are less then 100 Wh

The first cutoff point by FAA and TSA related to battery transport is 100 Wh. The most commonly used Li-ion batteries that are rated up to 100 Wh, have the permission to be carried on the plane. So you can have 2 batteries rated up to 100 Wh in your bag and your fine, but you can also have 1 installed in your drone, so that means you can have 3 and that’s the maximum that you can bring.  Spare batteries are not allowed in checked bags. 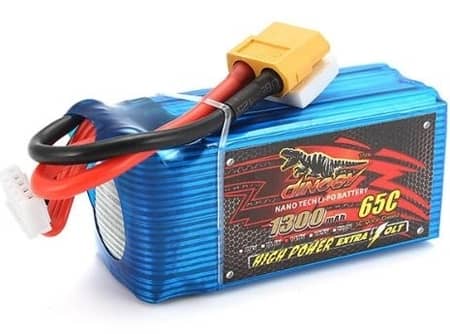 When we take into account the larger drones that have higher capacity batteries, the rules and restrictions are a bit different and they can be carried on a plane, but you need airline approval. That batteries that are installed in a drone are acceptable, same as the 2 spare batteries in your carry-on bag. Spare batteries that you carry on the plane that are between 101 to 160 Wh cannot be packed in checked baggage. 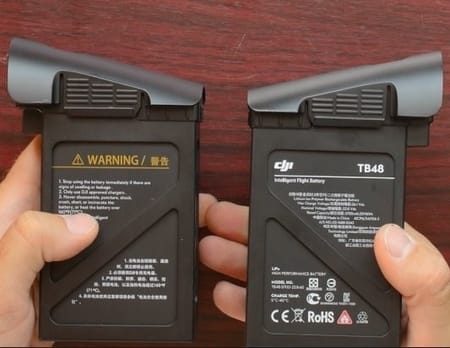 The Transportation Security Administration (TSA) says that drones are considered portable electronic devices with lithium batteries and that the allowance is determined on the watt-hour rating of the batteries. These are strict rules that TSA holds. What is recommended by TSA is to check your airline’s rules directly, and you will see if drones are allowed on the aircraft.

What are the rules for the amount of batteries and capacities that you allow to bring on the plane?

Here I will list the Watt hour ratings for a few common drone batteries. List of most common drones that people use when they are traveling true plane.

The watt-hour can be defined as unit of energy that is equivalent to 1 watt of power that is expended for 1 hour of time.  So lithium batteries are used to power most of the drones and when you take them on board planes the guidelines by the FAA and the CAA tend to be in Wh or Watt/hours. So before you decide to fly you should check with the countries guidelines. 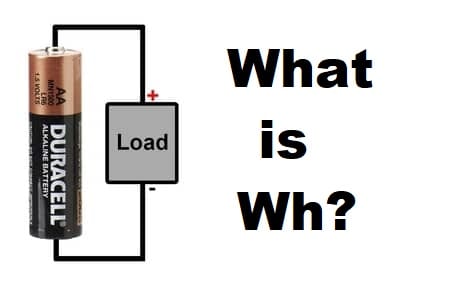 If your measuring unit on the batteries is expressed in amp-hours, just convert amp-hours (Ah) to watt-hours (Wh). You can do that by multiply (Ah) by voltage (V).¸ Normally your batteries need to be under 100Wh to be approved by airline. The Wh value is printed on the battery, and if it’s not it could simply be calculated by the following formula:

The Way You Can Determine Wh of Your Drone Batteries

Drone batteries will most likely be labeled with milliamp hours (mAh), and that number would first need to be divided by 1,000 to get the Ah.  For example, the DJI Mavic Pro battery is a 3500 mAh, 22.8 V battery. If you accidentally find this problem do not panic. The watt hours is calculated as follows:

There are 2 ways you can carry your drone on a plane and you need to decide if you want to carry your drone with you on bag or you want to check it in a hard shell case. It is the same thing as camera gear. The rules say that you can only bring 2 spare batteries. Every battery must be protected against puncture and short-circuit.

Checked Baggage (Hard Shell Cases)
Many people are confident that checked bag is a risk, even if it’s handled properly because there is always a chance that the bag can be put on the wrong plane. As another disadvantage I can state that those bags get tossed around constantly, and if they make it to their final destination you can usually count on them being late. Nearly large number of airlines will give you approval to bring a drone in a checked bag that has the battery inserted in it. In case you have a bigger drone like DJI Inspire or Freefly Alta, the best solution for that is a rolling hard shell case. Also hard shell case is the best form of protection for your drone, and in the end I would say that combination of both is the best way to travel with your drone. One of my favorite hard shell cases is this one from Amazon: Military Spec Waterproof Hard Shell Case for DJI. (you also have hard shell cases for other models)

Carry-on Bags
When it all comes down to long distances it is uncomfortable to carry hard shell backpacks, so I prefer a soft carry-on bag for long distances. It is also desirable that when you are using a bag for your drone to be inconspicuous as possible. Remember to always check the local airport rules before you fly as these guidelines can be changed at any time by the airlines. As for carry-on bags this is also one of the good quality bags: UPAIR Travel Drone Backpack

In general if you are flying defensive for class or lower, none of these batteries are above 101 hours. This means you can bring unlimited amount of batteries. It’s very wise to discharge the batteries for 30%. You need to store each battery in a separate compartment to prevent short-circuiting. You need to inspect each battery if it has sign of damage or if it’s worn up. The persone that is inspecting your luggage might not know as much about drones as you do. So even though you’re right you might be pulled aside for an annoying discussion that can last maybe 10-15 minutes.

Drones are great photographic tool. You only need to know a few rules that you need to follow and you shouldn’t have any problems. When we take all this into account we can see that drones are not banned by TSA. Normally your batteries need to be under 100 Wh to be approved by airline, while batteries between 100–160 Wh need airline approval, and batteries over 160 Wh are not allowed on the airplanes. Also you have to consider that when you are traveling to some countries that drones are illegal, we do not recommend bringing your drone with you, because it may or may not be returned to you at the end of your trip. So I advise you to check the laws in that country first. Travel benefits that drone can provide are exciting when it comes to filming and photography, therefore it is always desirable to have it around you. However, the best moments from the vacation are those moments that comes from photography. If you have some interesting travel experiences feel free to comment.