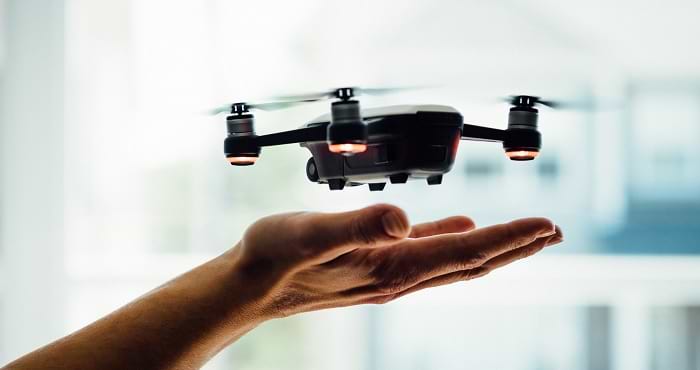 Drone technology has come a long way in recent years and now you can actually fly your drone without a controller using nothing but your smartphone. Pretty awesome right? So if you’re looking for a drone that you can fly without a controller, you’re in luck, I listed 10 of the best ones below.

The drones I am going to mention on this list are all capable of different flight modes that don’t require you to use a controller. They could be flown by either using GPS, through using your phone as a remote controller, or they fly completely autonomously by following a prior selected target.

Now that you know which drones are able to fly without the use of a controller, keep reading for an in-depth look at each drone and how this is possible.

The DJI Mavic 2 Pro was introduced to the world in August 2018 and became DJI’s leading consumer-class folding drone that they had to offer to enthusiasts.

This probably means it is the leading consumer-class folding drone in the world as DJI is the leading company when it comes to producing drones. The original Mavic Pro was an amazing drone as well but the Mavic 2 Pro has a 1-inch camera sensor that allows for 4K video capture at 100Mbps.

One of the most important features of the DJI Mavic 2 Pro is the all-direction obstacle avoidance while being in the Activetrack follow-me mode which allows the drone to follow the pilot without the need for control.

The multi-directional obstacle avoidance also is a big help for the drone pilot so they do not have to worry too much about crashing their drone into various obstacles. This feature allows for safe drone flight and many more possibilities.

The OcuSync 2.0 allows for the drone to transmit 1080p live stream video well beyond the legal line-of-sight straight to the phone to allow for better control and safer flight even if the drone is not in sight.

The Mavic 2 Pro and the DJI Mavic 2 Zoom are the newest additions to the DJI family and they were both equipped with a new Camera.

The Mavic 2 Zoom is equipped with a 1/2.3-inch sensor but DJI also added a 1-inch sensor the Mavic 2 Pro. This is a top of the line camera was made in partnership with Hasselblad. This partnership to produce a new camera, instead of pasting an old sensor on the drone from the shelf, is really paying off for us pilots.

The camera shoots at 20MP with 4K video recording. The camera allows for the pilot to control the aperture on the fly, choose from full auto, full manual or a variety of selections in between.

The ability to have a mode that puts aperture as the priority is amazing as it allows you to choose the depth of field while the camera keeps everything else that is in view in order.

The Skydio R1 made a huge commotion in the droning community when it was released because of a certain feature it had.

Most drones at the time offered a basic follow me feature and pretty moderate obstacle avoidance capabilities.

The Skydio R1 came along and blew everyone away with its pretty much unbeatable follow me feature and amazing obstacle avoidance.

This was a dream for all the action cam fanatics out there that were just waiting for this opportunity to get into the drone community.

The only downside most had with the R1 was the lack of a dedicated controller and a big factor that affects most peoples decisions, the price tag.

The Yuneec Mantis G was released in October 2019 and once again Yuneec has proved that they know how to build a quality drone. The drone has a stabilized camera Gimbal, superb flight time, easy controls, voice activation.

The Mantis G has a compact design that also allows it to fold to make transporting it a lot easier. It also has an excellent 4K camera to record seamless videos.

The Mantis G is a big leap forward for the Yuneec company. Before the Mantis G, they had the Mantis Q which was hard to market as it lacked in the camera quality department.

There is no problem with trying to convince fellow enthusiasts to buy the Mantis G as it now has the camera quality so we can mention it in the same sentence as the DJI Mavic 2 drones.

Now people tend to get tired of hearing the name DJI Mavic and with their long list of drones beginning with that name I can’t blame them.

That doesn’t change the fact that they make amazing drones and they haven’t stopped. In November 2019 they released the Mavic Mini.

Probably their most consumer-friendly drone yet being the smallest drone in the Mavic series of drones and weighing less than 0.55 lbs, meaning that it doesn’t have to be registered with the FAA before you fly it.

FAA registration is easy but not needing to register your drone at all is a big bonus for most people. The best thing about this drone is that DJI only made a few compromises to the drone in order to achieve this size.

The Hubsan H501S was one of the first drones that they released with GPS while offering 1080p camera quality.

You may be sitting there thinking that these are just normal features, but we tend to forget that it is classified as a toy drone and so this was a big step for Hubsan and the toy drone community.

The GPS system in the Hubsan H501S allows for it to have the ability to hover and even set a predetermined GPS controlled route through the app on your mobile device.

This is amazing as it allows for you to record and take pictures directly above the drone as well as anything directly below the drone which opens up many possibilities.

The design also makes it very portable and consumer-friendly, being a quad-copter that is able to fold and packed away to be taken on your next adventure.

Most of Parrots older drones were made of foam so the Anafi is a step up from those drones.

Foam might be good for building a drone with size but without the downside of adding weight, the Anafi is much sleeker and made from plastic.

The truth is this is a very capable toy-class drone that you can fly using your phone, remote control and you can even code your own functionality in the educational version of this drone.

Yes, there is no doubt that this drone is a very capable, high-end, toy-class drone in its own right. And being built using DJI parts is only a big bonus.

This is quite a beast pocket drone, and there is no doubt that it beats all other selfie drones that are on the market. It is just a bit bigger than your average smartphone.

Despite its small size, the drone has quite a lot of power behind it which can power it for up to 15 minutes of continues flight time.

With the dedicated controller, you can fly the drone miles ahead of its nearest competition when it comes to drones, without the controller you can still fly this drone further than most of the drones in its class can fly with their controllers.

This is another drone from the Parrot company but this one is made with foam. It has thick, durable prop guards built around the frame of the drone to provide extra protection.

The Parrot 2.0 is controlled using their FreeFlight Application. Unfortunately, this drone is pretty old and the guys over at parrot have decided not to do any more updates to the app so the current version is as good as it gets.

Thanks to smart people on the internet, they were able to crack the code and have modified it to their liking allowing for new features like being able to control the drone using gaming controllers etc.

The Wingsland S6 is a small, foldable drone that is somewhat on par with the DJI Spark despite being only $250.

It has a 4K camera which is excellent for a drone of its class but unfortunately does not have a hardware stabilization like the Spark. But having 4K resolution means it beats the Sparks 1080p.

The drone can be controlled only with the smartphone app that you can get on your mobile device and gives you around 8-10 minutes of flight time. 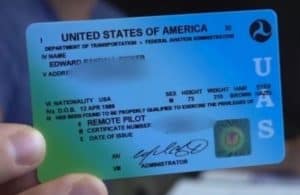 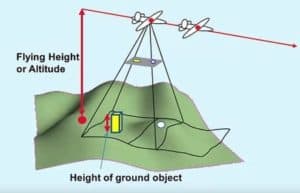 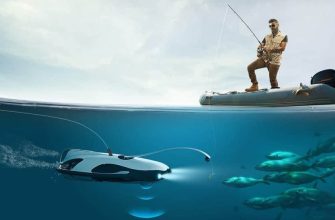 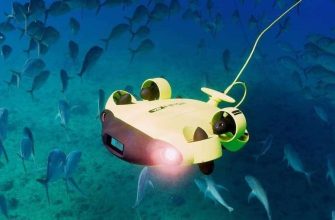